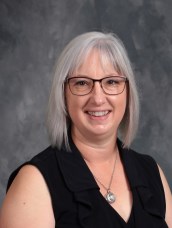 Pam Freeman started her career in education after earning a Bachelor of Arts in History and Secondary Education from Missouri Western State University in St. Joseph, MO. She taught in both Missouri and Kansas for a few years before moving to Tucson. Once in Tucson, her career took a bit of a detour and she spent 10 years in the corporate world. During that time, she followed a call into ministry and began working part-time as a Children’s Pastor in central Tucson. She received a Master’s Degree in Religion, Spiritual Formation from Northwest Nazarene University in 2008. In 2009 she left the corporate world and went into full-time ministry, serving as a Children’s Pastor. Recently, God has led her back into the classroom where she is thrilled to be part of the team here at CCS, using the talents and gifts God has given her to teach and minister to kids. She is also a busy wife to Brian, and a mother of five. Their oldest three were adopted from Russia and she continues to have a heart for orphan ministry. We are so blessed to have her at CCS!